This two day, one night tour from Istanbul provides a wonderful glimpse of two sites unique to Turkey:  Ephesus and Pamukkale tour.

Ephesus, one of the best-preserved cities from the ancient world, is a UNESCO World Heritage site.  No trip to Turkey is complete without a visit to Ephesus.   According to legend, the Greeks founded Ephesus around 1,000 BC.  The ruins of today date from the 4th Century under the Romans when Ephesus became the chief port on the Aegean.  Excavations have revealed grand monuments of the Roman Imperial period.  Ephesus also played an important role in the spread of Christianity.

In Ephesus, you’ll visit the remains of the Temple of Artemis, one of the Seven Wonders of the Ancient World and the House of the Virgin Mary, where it is believed she spent her final years, watched over by the Apostle John.  You will also visit Isa Bey Mosque, an ornate mosque illustrative of 14th century Selcuk architecture.

Pamukkale is another unique Turkish landscape.  Its limestone terraces have been formed by layers of calcium carbonate deposits as warm mineral water cascaded down the slopes of a ridge, forming petrified pools that create the illusion of ‘cotton castles’.  These formations are unlike anything you’ll see anywhere else in Turkey.   Many of the terraces are filled with mineral water from the hot springs, forming pools that glisten in the sun.  While the Terraces are off-limits for swimming, there is a pool of warm mineral water in which people may swim among fragments of marble columns in nearby Hierapolis.

Hierapolis, the ancient city next to the hot springs, is a treasure trove of excavated ruins, including the Necropolis, for which it is famous and which contains more than 1200 tombs from Greek, Roman and early Christian times.  You will also see the Theater which sat 20,000 and the Thermal Baths.

This tour provides a glimpse of two sites unique to Turkey: Ephesus, one of the best-preserved cities of the ancient world and Pamukkale, with its marble pools filled with hot mineral water.

We will pick you up from your hotel in Cappadocia and transfer you to the airport for your early morning flight to Izmir. Your driver and guide will meet you at the airport and drive you to Ephesus, an important city of the ancient world. You’ll visit the Temple of Artemis (Diana), one of the seven wonders of the ancient world, the House of Virgin Mary, where many believe she spent the final years of her life, and Isa Bey Mosque, an impressive mosque from the XIV century AD in Selcuk. Overnight in Kusadasi or Selcuk.

After breakfast at your hotel, you will depart for Pamukkale with your driver and guide. Pamukkale or the “Cotton Castle” is famous for its healing thermal mineral waters, and beautiful snow-white petrified waterfalls. After lunch in Pamukkale, you’ll visit Hierapolis, the ancient city known for its magnificently preserved Necropolis. You will see the Main Street and Gates, the Thermal Baths, the Devil’s Hole, and the Theatre. Swimming in the therapeutic bath in a hotel pool’s hot mineral waters is possible year-round. After your tour of Pamukkale, you will be transferred to Denizli airport where you will catch an evening flight back to Cappadocia or somewhere else. Upon arrival at the Istanbul airport we will transfer you to your hotel.

This Ephesus and Pamukkale tour is also available from Istanbul 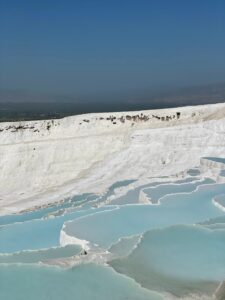 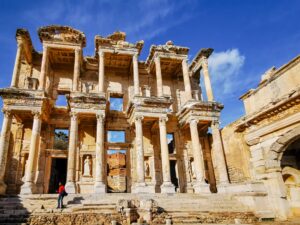 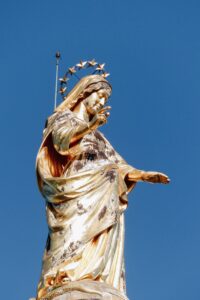 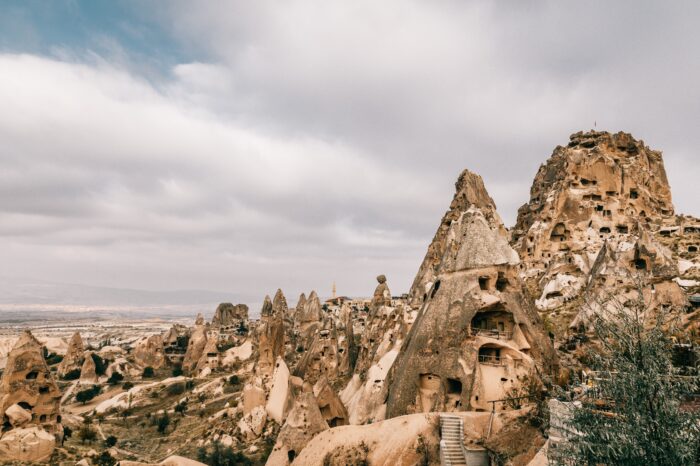 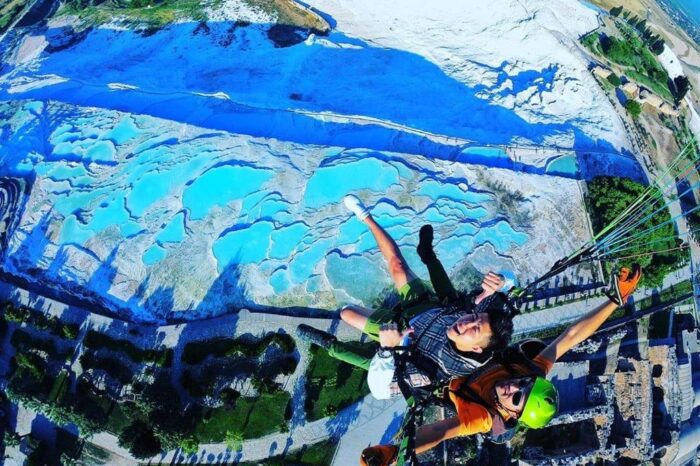 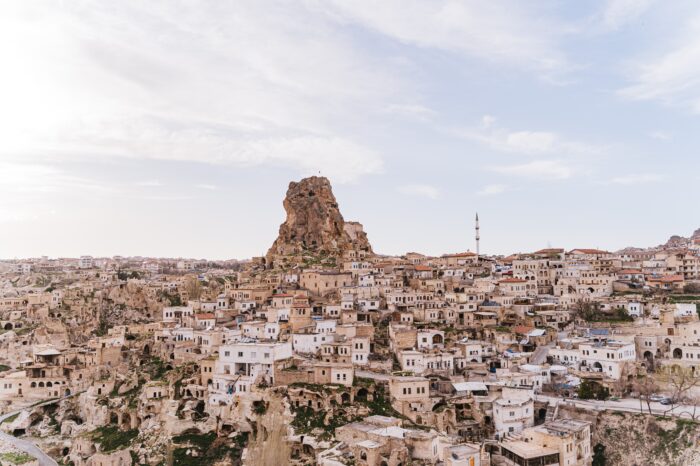 This two day Cappadocia Tour from Istanbul allows you to experience many of the wonders of this unique geological area.  You will gaze at the distinctive rock formations (fairy chimneys, mushroom caps, animals)